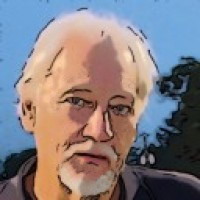 Well, we have been talking about the Mystery Paul received by revelation.

The revelation of the Mystery can be found in Romans 16:25-27 which was kept secret from the beginning of time.  There are many beliefs in Christianity, especially in the area of which Gospel to believe. Was there a Gospel when Jesus was on Earth? Where and when did Christianity begin?  What about the gospel of Paul. We know that a Gospel was given to Paul by revelation after Jesus had died on the cross.There is not enough time to really explain the differences or to give a complete understanding on this subject in this short newsletter, it is important for you to continue you’re own studying.

Reread the verses and pray for understanding.  With this email I hope to show you why there are two different beliefs and why the confusion may hurt your relationship with Jesus.You may think that there is only one Gospel.  You may not have heard of either Gospel, but let me try to explain the difference.  It is important to understand that Paul’s Gospel does include Jesus as the foundation of his faith and ours as well?Most of us believe that Jesus was two things in the scriptures; the fulfillment of prophecy in the Old Testament and our salvation by way of Paul’s Gospel in his Death, Burial and Resurrection. (1 Cor. 15:1-4)

Paul makes this statement; 1 Corinthians 3:10-11 (KJV) 10 According to the grace of God which is given unto me, as a wise master builder, I have laid the foundation, and another buildeth thereon. But let every man take heed how he buildeth thereupon. 11 For other foundation can no man lay than that is laid, which is Jesus Christ.

Now if Jesus is going to be the foundation of our Belief in Christianity and of course our Salvation we should pay more attention to what Jesus has said?  Is it possible that some of the details we read in the four gospels may not be for us today?  Indeed they might be for the Nation of Israel only.  Let’s look at who Jesus was talking to in the scripture.  We must also remember that Jesus was speaking before His death; and was not talking about his death, burial and resurrection.  But only Paul was preaching about this death, burial and resurrection.   Peter and the Apostles were talking about the Law.  Is there a difference?  I think so!

Jesus told the Disciples;  Matthew 10:5-7 (KJV) 5 these twelve Jesus sent forth, and commanded them, saying, Go not into the way of the Gentiles, and into any city of the Samaritans enter ye not:  6 But go rather to the lost sheep of the house of Israel.  7 And as ye go, preach, saying, the kingdom of heaven is at hand

The Kingdom of Heaven and the Body of Christ are not the same.  Look at this verse and what it says; Jesus is telling the twelve (Apostles) not to go to the Gentiles (Non-Jews believers) or the Samaritans (Mixed Jewish and Gentile).  Then he said preach the Kingdom is at hand.  Paul on the other hand was told to go to the Gentiles.  If I read this as it is written I would draw the conclusion that Jesus Ministry was to the Jewish Nation and not the Gentiles and that they had to either accept or reject the offer of the Kingdom of Heaven at hand.  Nowhere in scripture did the Gentile get that same offer. Also the Kingdom of Heaven is only in the book of Matthew and looks like it was given to the Nation of Israel.Now their salvation was in the belief that Jesus was the Christ (Messiah) and the one to bring the earthly Kingdom into being; and the Jewish people believed that.  The message to the Nation of Israel and the message for the Gentiles are different.   Jesus came to preach to the lost sheep of Israel.  Until his death, he was preaching to the Nation of Israel only.

The bottom line is that they were lost and had to be found.  They were not following the Law as God had stated, maybe because of other gods and not really believing that God was real or that they could not trust Him.   If they thought that God was real they would have followed the Law; but they didn’t and that is what we call unbelief. This is another example that the Children of Israel demonstrated when they were asked to go across the Jordan River and they didn’t.  If we believe in the wrong thing, God would call it unbelief.  It is important to remember that Law represents works and Paul’s Gospel “the dispensation of Grace represents Faith. The difference is faith vs. works.If your friend gave you instructions to follow, would your neighbor have to follow them as well?  The same is true of the message that Jesus was telling the Nation of Israel.  He was not talking to the Gentiles.  Now what was Paul’s message?  Was it to you and me today?

Paul made it clear what his gospel was; I Corinthians 15:1-4 (KJV) 1 Moreover, brethren, I declare unto you the gospel which I preached unto you, which also ye have received, and wherein ye stand;  2 By which also ye are saved, if ye keep in memory what I preached unto you, unless ye have believed in vain.  3 For I delivered unto you first of all that which I also received, how that Christ died for our sins according to the scriptures;  4 And that he was buried, and that he rose again the third day according to the scriptures:

The twelve Apostles were given their instructions for their Ministry from Jesus when he was alive; it was about the Kingdom, an earthly kingdom after King David’s throne.  Paul was given 1 Cor. 15:1-4 after Jesus had died, by revelation.

Jesus spoke to the Apostles; Matthew 19:28 (KJV) 28 And Jesus said unto them, Verily I say unto you, That ye which have followed me, in the regeneration when the Son of man shall sit in the throne of his glory, ye also shall sit upon twelve thrones, judging the twelve tribes of Israel.

The twelve Apostles represented the twelve tribes of Israel and will sit on the twelve earthly thrones and judge the same tribes in the regeneration.  Both the twelve Apostles and Paul were given their instruction for their Ministry from Jesus.   Jesus gave it to the twelve when on Earth before His death and Paul was given it from Jesus when He was in Heaven after His death.Paul was given the Dispensation of Grace and this includes the Body of Christ with Jesus as the head of this Body.  Jesus had to die for us in order that we could receive this message.  Where did Paul get his message?  Remember Jesus said that He had to go in order for the Holy Spirit to come.  So the Holy Spirit could not be part of the offer to the Nation of Israel.

Paul gave this message to the gentiles; Ephesians 3:1-3 (KJV) 1 For this cause I Paul, the prisoner of Jesus Christ for you Gentiles, 2 If ye have heard of the dispensation of the grace of God which is given me to you-ward: 3 How that by revelation he made known unto me the mystery; (as I wrote afore in few words,4Whereby, when ye read, ye may understand my knowledge in the mystery of Christ)

Here Paul was called by Jesus, when He was in Heaven.   Acts 9:3-5 (NKJV) 3 As he journeyed he came near Damascus, and suddenly a light shone around him from heaven. 4 Then he fell to the ground, and heard a voice saying to him, “Saul, Saul, why are you persecuting Me?” 5 And he said, “Who are You, Lord?” Then the Lord said, “I am Jesus, whom you are persecuting. It is hard for you to kick against the goads.”

The Jews were brought up with the Law of Moses for 1400 years before Jesus was born.   Up to now the Gentile didn’t have a way to Salvation or a way to make peace with God.  They could however become a Jew and follow the Law.  Paul tried to talk to the Jews about the new message but they did not buy into the new Program; because they only knew the Law.  The covenant with Abraham was in part to bring in a earthly Kingdom for the Jews after the tribulation.  They were not ready for it before his death. We see in Act 28 they were blinded so as not to see the new message until the end of time; as Paul was told to only go the Gentiles then and not to preach to the Nation of Israel.

Acts 13:46-47 (KJV) 46 Then Paul and Barnabas waxed bold, and said, it was necessary that the word of God should first have been spoken to you: but seeing ye put it from you, and judge yourselves unworthy of everlasting life, lo, we turn to the Gentiles.  47 For so hath the Lord commanded us, saying, I have set thee to be a light of the Gentiles, that thou shouldest be for salvation unto the ends of the earth.

Remember that Paul called it a mystery; meaning it was a secret not revealed until it was given to him on the road to Damascus.  Paul the one Apostle represented the “one Body”; “the Body of Christ” that is the Church of today. The twelve represent the twelve tribes of Israel.

Romans 16:25-27 (KJV) 25 Now to him that is of power to stablish you according to my gospel, and the preaching of Jesus Christ, according to the revelation of the mystery, which was kept secret since the world began, 26 But now is made manifest, and by the scriptures of the prophets, according to the commandment of the everlasting God, made known to all nations for the obedience of faith: 27 To God only wise, be glory through Jesus Christ forever. Amen.

Paul called it his Gospel because it was a revelation of the Ministry to him first, God had kept secret since the world began.  It was given to Paul first, not the twelve Apostles.  This should mean to Christians that what Paul has said in his writing may have been more important then what the twelve has said in the four Gospels to the Nation of Israel.   Remember that believing the wrong information is unbelief!  We are required to understand what we believe.

Maybe we need to understand Paul’s role in our Salvation and growth.